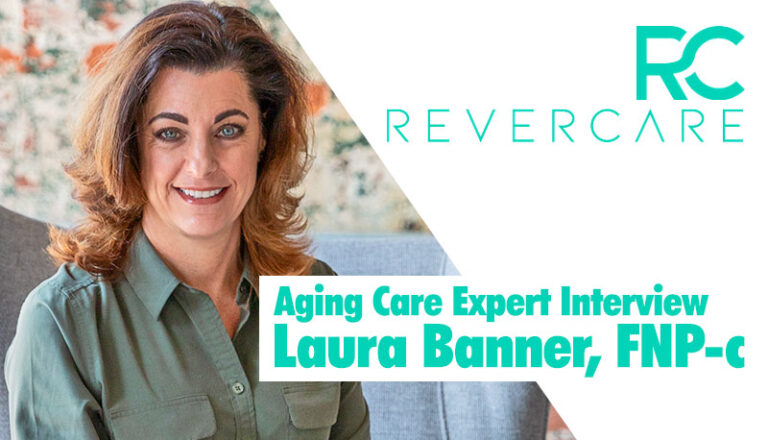 Laura Banner is a Family Nurse Practitioner (FNP) and the founder of Compassionate Education. For the past 9 years, she has been specializing in dementia care and helping caregivers and families through all stages of dementia.

We spoke to Laura about her passion for dementia care and how she founded Compassionate Education. She shares her path from becoming a Family Nurse Practitioner to starting her own business, and what all caregivers who are caring for someone with dementia need to understand.

Journey as a Family Nurse Practitioner
Before becoming an FNP, Banner said that she was interested in going to law school. However, when she had her personal experience with nursing, she knew that was what she wanted to do. During her complicated pregnancy, a nurse checked on her every week. Banner learned how the role of a nurse is personal and independent, not someone who “just did whatever a doctor told them to do”. She pursued a Bachelor of Science in Nursing at California State University, Long Beach. She began her journey as a high-risk labor and delivery nurse and then shifted to work for a medical device company as a clinical patient specialist, specifically in Parkinson’s patients. Interacting with Parkinson’s patients led Banner toward movement disorders and she specialized in neurology when she completed her Master of Science in Nursing at the University of Georgia. In 2011, she began working with a collaborative physician, a stroke neurologist, and saw patients who have had seizures, stroke, or ALS.

Supporting Family Caregivers
It was through the outpatient clinic setting where Banner saw the unmet needs of her patients and their families. She felt that there was never enough time to help and discuss with her patient and, “the family would leave with questions unanswered”. Patients’ families would write to her multiple times between visits because they needed help and support in caring for someone with dementia. It was heartbreaking for her to watch caregivers become burnt out over time and felt that they were overlooked. She saw caregivers become isolated from social circles and their mental and physical health deteriorate. Banner explained, unlike her, these caregivers did not choose to go into healthcare.

Banner wanted to support caregivers more than just at their appointments and started a support group with a social worker four years ago that meets every month. Her support group has grown to almost 100 members and is endorsed by the Alzheimer’s Association. COVID-19 has not stopped her support group from meeting; they have moved online and started to meet weekly. Banner makes her support group as open as possible; she records every meeting so caregivers who could not attend could watch on their own time.

Compassionate Education has been expanding on the services and support they provide from consulting to handwritten letters and brain games to educational articles. Banner is not slowing down; she is currently working on a caregiving course and a seminar to bring caregivers together.

One thing all caregivers need to know about aging
“No two people are alike”
Banner emphasized that everyone deserves to be evaluated where they are on their own. People often make assumptions about someone with dementia because of what they have heard from others’ experiences. When you make assumptions, you often miss the strengths and abilities of the person with dementia and ultimately prevent that person from being as independent as they can. Allow each person to reach their highest level of potential and try not to hinder them even if it seems easier or more convenient for you. For example, if a dementia patient can speak for themselves, let them. This balance is difficult but key in the early stages of dementia.

TLTR: Do not make assumptions about someone with dementia and allow them to reach their highest level of potential.

You can find Laura on: