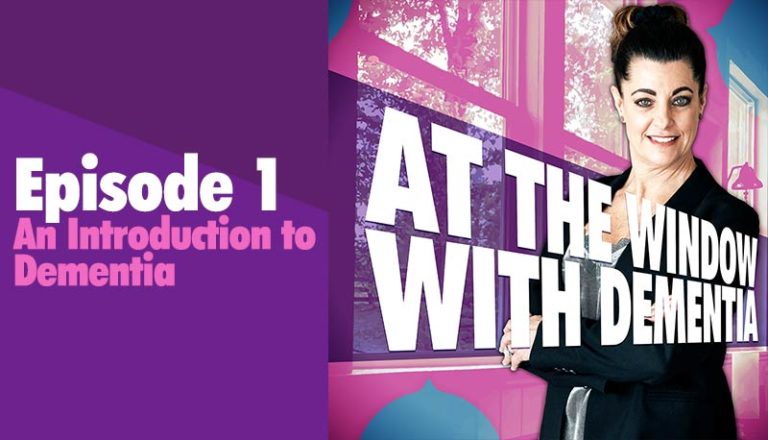 An Introduction to Dementia

Mixed dementias are actually becoming more and more common. Initially, someone will present one type of dementia. Perhaps vascular dementia, And as time goes on, they start presenting with symptoms of another type maybe an Alzheimer’s. So instead of using the term vascular dementia and Alzheimer’s dementia, we just combine it, and we refer to two or more types of dementia as mixed dementia.

Then when you start talking about Alzheimer’s, there are really two different groups. There’s the group that we refer to as the early onset, and that has nothing to do with the stage, early-onset, is when someone develops symptoms prior to age 65. So early as in, when it starts. And then there’s late-onset which is when symptoms develop at 65, or older. What we know is that when someone has early-onset Alzheimer’s. They tend to progress through the stages much quicker than someone who has late-onset. Again, not to be confused with the late stage. So, if someone develops some type of Alzheimer’s or some memory impairment say it eighty-five years old, And you have another individual who develops a similar memory impairment, at age, 60.

Fast forward five years. The person who was 60, now 65 will be much further down the road in terms of cognitive decline than the person who was 85, fast forward, five years to make them 90. So this is one of the rare occasions when advanced age is actually on your side. The older you are at onset of symptoms, the slower you tend to progress. Did you know that Alzheimer’s is actually the sixth leading cause of death in the United States? And it’s responsible for more deaths than breast cancer and prostate cancer combined. So many people are very aware of breast cancer and prostate cancer and they go for their regular wellness screens but are people going for wellness screens for Alzheimer’s or other dimensions, not anywhere to the number that they should be.

What we know is that most seniors feel that it would be very important for their memory to be evaluated but unfortunately, when they go for their annual wellness checks, most are not being asked about memory issues. This is really important. Whether or not you are senior, maybe you’re in your 20s 30s or 40s, and you think, maybe down the road, this will impact me but not now. You’re wrong. I bring this up because Alzheimer’s, In fact, any of the dementias will impact you at some point in your life. You’ve all heard the term six degrees of separation. Well, I happen to believe it’s more like two.

People often confuse normal age-related memory loss with dementia, but it’s really not the same thing. So, when I hear people say, Well, you know, “she’s demented she’s, fill in the blank 70,80, 90, it’s really not the same thing when we start having forgetfulness that’s age-related, it does not interfere with our quality of life, so maybe we forget where we put something, maybe we put the keys to the house in our pocket instead of on the counter where we usually put it, but we’re not putting it in the refrigerator, and someone with dementia might actually be putting it in the refrigerator, normal age-related memory loss, Yes, it’s bothersome. Yes, people are aware of it, but it does not impact your quality of life. It doesn’t cause them to make repeated financial errors and medication errors, and it does not become so disruptive that they are a safety concern, families need to get involved, they need to have conversations. The earlier in the diagnosis, or the earlier when the family members start to have the concern about a loved one’s memory loss, the better to have that conversation. We also know that the earlier the intervention, the better the outcome. Now, that’s a little bittersweet because unfortunately, we know that at this point we don’t have a cure. We have treatments to help reduce symptoms, but we can’t stop the progression of the disease. We can’t reverse the progression of the disease. We can only try to manage the symptoms of the disease. But the earlier you’re diagnosed, or your loved ones diagnosed, the sooner they can start getting treatment.

It also means that the sooner that people are aware that in fact, their memory loss is not normal age-related memory loss, the sooner they can start participating in future healthcare decisions that will ultimately impact them. That’s important. Don’t we all want to say what our future looks like? the conversations never going to get easier. So don’t put it off, In fact, the more you wait to have that conversation, chances are it’s going to be more difficult because the person you’re having the conversation with may not be able to grasp the concept of future planning.

Unfortunately for me, dementia seems to be woven into the DNA on both sides of my family, I have family members, with all sorts of dementias, Lewy body dementia, Alzheimer’s, vascular dementia and absolutely. We have a lot of family members who have mixed dementia. Don’t think that I don’t have the fear that someday, I too might develop some type of dementia. How is that going to impact my family, my children, my grandchildren? My spouse and me. These are all questions I think about, I have a feeling if it runs in your family, you’re probably having the same thoughts.

My mom lives with me, and she’s starting to have some difficulty with word-finding in following along as we tell a story, she gets a little bit confused with the sequencing of events, I’m a bit concerned, and so is she. And even though, in my professional role, I am diagnosing people and I’m treating people, when it hits that close to home, I’m no better prepared than anyone else, I dismiss it a bit, and I think, no she’s just maybe a little depressed which can certainly impact someone’s memory, or maybe her hearing is not as good as it used to be so maybe she really didn’t hear it in the first place, so someone doesn’t hear some information in the first place, are they really responsible for being able to retain it when they never actually got it?

So yes, I truly understand what it feels like when a loved one is showing the signs of dementia. I didn’t want to have the conversation because it’s uncomfortable, I get it. So I keep dismissing it and then it gets to the point where I can’t ignore it, I have to say something. We have to have the conversation. I’m an only child, and so with that, I bear sole responsibility for her well being. My parents divorced when I was young, my mom remarried and my stepfather passed away about 10 years ago. He also had Alzheimer’s. So we had the conversation. And I give her a lot of credit because I know it was uncomfortable for her, it certainly was for me. She is aware that she’s struggling, in fact, many people in the early stages, they are aware of it, they start to withdraw because they don’t want people to pick up on the fact that they’re actually forgetting. But again, she has been aware of it, and she’s been very proactive in terms of making financial arrangements, giving me her healthcare power of attorney. And during one of these recent conversations, we talked about potential future care needs. She lives in my home, she has her own apartment here, and right now, she’s completely independent, she drives, she manages her own medication, and she manages her finances and she does a great job of it. Unfortunately, she has fell victim to some senior scams, we had to change bank accounts, We had to make some changes, and one of those changes was at my recommendation that maybe instead of utilizing all the apps on her smartphone that she just use it for the purpose of making calls receiving calls and sending texts and on occasion she’ll look at Facebook, just to catch up on other people’s life events.

It was uncomfortable, but it needed to happen. And during that conversation, before it got to the point where she said, promise me you’ll never put me in a facility, because I had a feeling it was going there. I preempted it, and I said, Mom, please do not ask me to promise you that I will not, at some point, put you in a memory care facility, I hope to God, it never gets to that. But if it gets to the point where I cannot manage her needs at home, if she is a safety risk to herself, And to me and my family. And if her needs could be better met in a facility where there are 24 seven caregivers who change shifts and they are fresh and not worn out, and they don’t have other jobs. At that point, I may have to make a difficult decision, and I told her that. And I know that it was uncomfortable for her, But fortunately, undoubtedly out of love for me, she said I hope it never gets to that point, but if it does, I understand. And to offer her some comfort, I reassured her that if it ever did get to that point. She wouldn’t be aware of it, because the disease would be so advanced at that point, she wouldn’t recognize me, or our home, or familiar surroundings.

I certainly never thought that this would be a conversation or a situation that I’d face, ten or twenty years ago, I really thought the only real health risks that ran in my family were colon cancer and heart disease, but as my aunts and uncles started to age, my mom’s the youngest of many children, more and more of her siblings were diagnosed with some form of dementia, and the same thing on my dad’s side again he’s the youngest of a large family, and many of his siblings have either passed, or are having cognitive issues, and in fact, have been diagnosed with some type of dementia.

So I urge you, I know it’s uncomfortable but have the conversation of what the future might look like, and what someone’s wishes are, I know that sounds so so grim and dreary, but not having the conversation doesn’t make it go away, and having the conversation actually can be a bit freeing, because things that most parties are thinking about just being able to get it out there and talk it through, I think it provides some level of comfort, Remember, it’s not going to be any easier, the longer you wait, In fact, it probably will be more difficult.

Anyway, I just wanted to put that out there. Again, I’m Laura banner the host of out the window with dementia, our next episode will be one week from now so I hope you check it out you can always find me on Instagram, my handle is compassionate_education, or check out my website compassionateeducation.com

There’s a lot of information, both on my Instagram page as well as my website and feel free to go ahead and message me, if there’s a particular topic you’d like me to discuss, you have any questions or just not sure how to handle something I’d love to hear from you. I hope you decide to subscribe to my podcast. Again, it’s going to be a weekly episode, and I’ve got a lot to say.

Thanks a lot and have a great day.