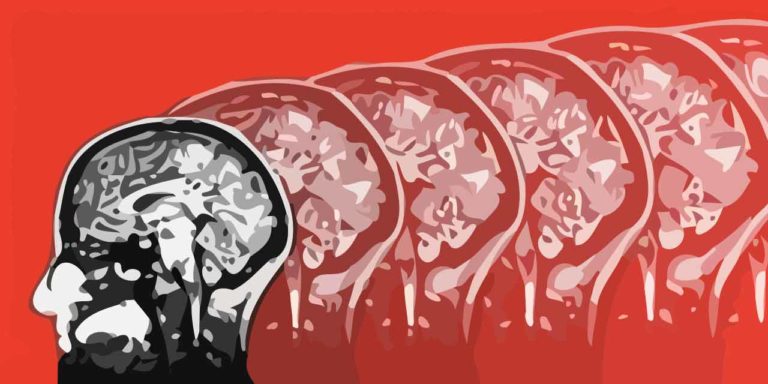 Can Alzheimer’s be stopped?

Following four out of five lifestyle behaviors can protect against mental decline, even in people with increased genetic risk.

By Linda Carroll
There’s no cure for or drug to stop Alzheimer’s disease, but it may be possible to hold off dementia — even in people who have a genetic risk, researchers reported Sunday at the Alzheimer’s Association International Conference. The key is not any one factor, several studies show, but following a combination of healthy lifestyle habits. And the more healthy habits a person adopts, the lower the risk of cognitive decline.

People who followed four out of five lifestyle behaviors, including regular exercise, cognitive stimulation and a brain-healthy diet and not smoking, over a six-year period had a 60 percent lower risk of developing Alzheimer’s dementia when compared to people who practiced only one or none of these habits, according to researchers from Rush University in Chicago.

Similarly, a UK study found that among people with a heightened genetic risk of cognitive decline, dementia was 32 percent lower in those with a healthy lifestyle.

In a third study University of California, San Francisco, researchers found that smokers had twice the risk of developing cognitive impairment compared to non-smokers and those who had kicked the habit.

“This reinforces the notion that some of these lifestyle factors may actually affect the trajectory of cognitive aging and the development of dementia,” said Dr. Ronald Petersen, director of the Mayo Clinic Alzheimer’s Disease Research Center. “We certainly accept that with heart disease. We need to adopt a similar mindset for cognitive aging.”

For people who fear dementia is inevitable because of family history or a genetic profile, this tells them “the game is not over because they have increased risk,” said Petersen, who was not affiliated with the new studies.

The Rush study analyzed data from 1,845 participants in the Chicago Health and Aging Project and 920 from the Rush Memory and Aging Project who had no dementia at the start. Participants were given lifestyle scores that depended on how many of five possible healthy behaviors they subscribed to:

not smoking
exercising at a moderate to vigorous level for at least 150 minutes a week
consuming a brain supporting diet
light-to-moderate alcohol consumption
engaging in late-life cognitive activities
Each behavior got either a zero or a one, for a maximum possible score of five.

What is the MIND diet?

Participants’ diets were rated on how closely they resembled the “MIND” diet (Mediterranean-DASH Intervention for Neurodegenerative Delay), which is made up of leafy green vegetables, beans, olive oil, nuts and poultry, while avoiding red meat, sweets and fried foods, the study’s presenting author, Dr. Klodian Dhana, told NBC News. People with diets in the upper 40 percent got a point for what they were consuming, while others got zeroes.

Alzheimer’s is the sixth leading cause of death in the U.S., according to the Centers for Disease Control and Prevention. It’s the most common form of dementia and the risk of Alzheimer’s is higher overall among people with the genetic APOE4 mutation.

“But among that group, those who followed a healthy lifestyle saw a lowered risk of dementia,” Dhana said.

The British study, which was also published in JAMA Neurology, followed 196,383 adults who were participating in the UK Biobank and who were all at least 60 and without dementia at the beginning of the study. Each was given a dementia risk score that was based on genes that had been shown to be associated with an increased risk of dementia and a lifestyle score which was higher depending on how many of the healthy behaviors they reported.

During the UK study’s six years of follow-up, there were 668 cases of dementia, with the likelihood higher among those who had a high genetic risk score. But the risk was more than halved among participants with a high genetic factors but who had followed a healthy lifestyle, the researchers reported. That would work out to one case of dementia prevented for each 121 individuals with high genetic risk over a 10 year period.

Can Alzheimer’s be prevented?
The study shows that “living a healthy lifestyle is associated with a reduced dementia risk, regardless of genetic risk,” Elzbieta Kuzma, a study coauthor and a research fellow in neuroepidemiology at the University of Exeter Medical School told NBC News in an email.

With so few medications to treat Alzheimer’s, the new studies “are a great way for us to be heading in research,” said Juleen Rodakowski, an assistant professor in the department of occupational therapy at the University of Pittsburgh.

While the studies are definitely good news, they don’t shed light on whether healthy lifestyle behaviors slow down the pathology that gunks up the brain in people with Alzheimer’s or simply make the brain more resilient to it, said Dr. Jason Brandt, a professor in the departments of psychiatry and behavioral sciences and neurology at the Johns Hopkins School of Medicine.

However, there are hints from animal research, he added.

“If you give mice genetically engineered to have Alzheimer’s an enriched environment, they perform better on mouse memory tests and under a microscope there is less amyloid,” one of the proteins that gunk up the brains of Alzheimer’s patients, Brandt said

Linda Carroll
Linda Carroll is a regular health contributor to NBC News and Reuters Health. She is coauthor of “The Concussion Crisis: Anatomy of a Silent Epidemic” and “Out of the Clouds: The Unlikely Horseman and the Unwanted Colt Who Conquered the Sport of Kings