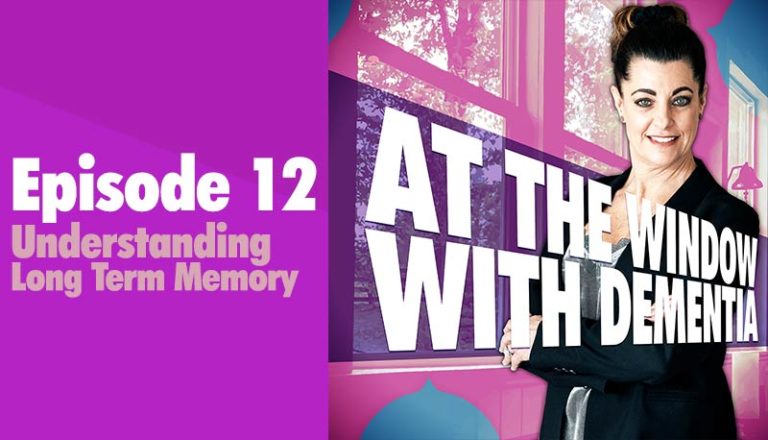 Do you ever wonder why someone would forget what they had for breakfast, yet be able to tell you without skipping a beat, who their best friend in third grade was? The reason for that is because what they had for breakfast would be stored in their short term memory. Yet, who they had as a best friend in third grade would be stored in their long term memory bank. Very different mechanisms and different locations within the brain. What we know about most dementias. Is that short term memory is the first to go where long term memory is relatively preserved until the late stages of dementia. Let’s talk about Alzheimer’s, for example. So often, when I see patients in clinic, their family members will say, I don’t understand why they can’t remember what they just asked me; they repeat themselves, but yet their long term memory is intact. They think that what they’re telling me defies the definition of Alzheimer’s or dementia, when in fact it is absolutely characteristic.

Short term memory by definition, lasts for 30 seconds, up to several days, perhaps a bit longer. We’re long term memory is stored until the very end of life. The difference would be this, long term memory would be what we learned at a very young age of learning different tasks, different activities such as riding a bike, or how do you brush your teeth. Those procedural memories are stored in long term. Asking someone how they feel, what they did earlier in the day, or even what they watched on TV the night before, again would go into the short term memory bank. And that’s the area where they struggle with initially. So let’s focus on long term memory, long term memory can be broken down into two different types really, explicit and implicit.

Implicit memory, also known as procedural memory, is that automatic type of memory. It’s the memory that involves motor movement. Usually, it does involve some type of an item, for example, going back to the brushing teeth, it would be the toothbrush. How do we know how to brush our teeth? How is it that we can remember how to brush our teeth? When we can’t remember what we talked about five minutes ago. Again it’s short term versus long term.

Some things that we’re familiar with that are part of procedural memory would be typing, or possibly swimming, riding a bike, and yes, even driving a car procedurally, the individual will know how to drive the car, they’ll remember how to put the key in the ignition, how to turn the wheel, How to accelerate, and how to brake. What they lose is judgment, the decision making. And that’s why they have to stop driving because they are unsafe, not that they don’t remember how to go about driving a car, but it’s all the decision making. That is the safety component of driving a car that puts them at risk.

So, long term memory is relatively preserved, much longer than short term as I had mentioned, procedural memory part of the long term memory is intact, even longer than semantic or episodic memory.
This can be very confusing to so many people. They don’t understand why they can remember some things but not other things. It can be frustrating for sure. So what we know about long term memory is that it’s stored in different locations. When we think about long term memory, most people think about storing it in the hippocampus, which is located in the medial temporal lobe of the brain, procedural memory, or implicit memory is actually stored in the cerebellum. And it also is stored in the putamen, the caudate nucleus, and also in the motor cortex. So it’s not just one location. The conversion of short term memory to long term memory is called consolidation. Once a memory has become consolidated, it will remain with the individual until the very last stages of their dementia, something to consider. Think about your long term memory. Think about your childhood memories. Think about the songs that you used to listen to that would bring back good feelings, or possibly even sad moments or foods that you can eat and just instantly will bring you back to a certain place. All of that is long term memory. So when your loved one has advanced stage dementia or Alzheimer’s or otherwise. What you want to do is you want to tap into that long term memory. You want to talk about the past. You want to play music that would be significant from their past that they enjoyed. Not current-day hits on the radio. But things that were significant for their time when they were young. It will definitely bring back fond memories and make them feel secure and comforted. And that’s what we want to do in the later stages of dementia. We want to provide comfort for them. So don’t be surprised when your loved one can’t remember things that just happened or conversations that just took place. Again, short term is impacted initially in the disease process, but not until the later stages is long term really lost.

Anyway, I hope you find this helpful. Feel free to go ahead and contact me through either my Instagram account or my website, compassionateeducation.com. I hope you decide to subscribe to my podcast. Every Tuesday, I release new episodes.
Thanks for listening, and have a great day.
Bye-bye.