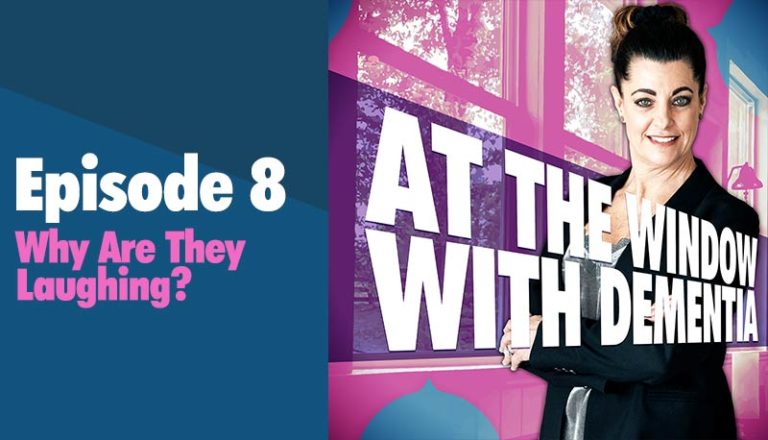 Why are they laughing?

Have you noticed that some people, as they get older, tend to laugh at somewhat inappropriate times? It’s not as if you’re having a conversation about something that’s funny, but it’s more than a laugh, is put in place of an answer. I don’t know, maybe it’s a filler. Anyway, I started to wonder why did they laugh. And although I’m really not sure, and let me be really clear from the onset, that I don’t know, but I have some thoughts.

So hear me out. I think putting laughter in place of an answer is a filler.
I find that at least with my mother, she tends to laugh when I ask a question. One that wouldn’t necessarily be responded to with laughter.

But what I’m wondering is, perhaps she’s getting tired of saying, I don’t know. And she does say that I forget, I don’t know, and as if she does say it, quite frequently, I think there’s just this sense of being defeated, one more thing I can’t recall. So perhaps putting in some laughter in place of an answer, such as I don’t know, maybe feels a little bit more comfortable. I’ve noticed in my clinic practice that patients will often laugh or talk around something when I ask a question that they apparently don’t know the answer to. It’s almost a technique of avoidance, maybe what we need to do is we need to be observant, we need to recognize that laughter may be their way of letting us know that they don’t recall something, that they’re struggling to retrieve that information. So that leads me to another thought, instead of just observing it, maybe we need to take action when we notice this laughter. Maybe we need to consider how we’re interacting with our loved ones who seem to laugh at these odd times. Maybe we need to really look at the questions that we’re asking. Now I run a support group, and I have for almost four years, and since the COVID-19 pandemic started, we went from an in-person support group to an online support group, and we meet on a regular basis, and part of that format is
each week, my co-chair, and I will send out a video we send it out early in the week our support group meets on Thursday nights, and it acts as a jump-off point, a conversation starter, and it always has only one thing in common, and that is dementia, whether it be about the disease, the syndrome, or how it impacts family and caregivers, but the common thread is dementia.

So recently I found a YouTube video by Diana Waugh, the title is “How to talk to someone with dementia“. And it’s a rather long; typically I try to find one that’s about 10 minutes maybe less, trying to be respectful of people’s time. But this one was quite a bit longer, almost 40 minutes. So I actually had to listen to it in segments because my days just crazy like everybody else’s. But it was really important that I listened to the whole video before I send it out to my group. So as I started listening at first, the information seemed pretty simple. In fact, a lot of the things that Diana says, I find myself saying all the time, almost as if we read the same book. But I kept listening. And as she went on, and  I believe she was talking to a group of executives that run an assisted living or Memory Care Center, and she’s talking about how staff should be interacting with the residents. And what I found by listening to this video that I initially thought was so basic and simplistic.
I learned a lot. What I found was that here I am someone who her career is dedicated to the diagnosis in care of individuals with memory impairment and their family and caregivers. And I am guilty of what she talked about, and boy did that take me back. Let me give you an example. We know that when people have memory impairment. Initially, it’s their short term memory that is impacted, and long term memory is preserved until the advanced stages. And so short term memory would be what we did earlier today what we did earlier in the week, not what we did months ago, that would be long term.

And how do we often start the conversation?
What did you do today? What did you have for breakfast? Again, these are short term memory types of questions. So from the get-go. We and when I say we, I am putting myself right out in front, we are setting them up for failure. And that’s the last thing we want to do. Because what we know is that when people feel nervous and anxious, it actually makes memory recall that much more difficult. So can you imagine meeting someone, knowing that you’re being evaluated for your memory or for whatever fill in the blank. And the first thing that you are asked is something you cannot address; you cannot answer. How are you going to feel defeated? Like you failed, perhaps as though you’re being judged. All of the things we don’t want that person to feel. We want them to feel supported. We want them to feel empowered. But again, just by this ever so harmless question that we ask. We have made them feel as though they didn’t measure up, which again is the last thing we wanted to do. So instead of asking questions like, What did you do this morning. What did you have for dinner? Maybe we need to turn it around, as Diana suggests, brilliantly so I might add. Instead of asking them, put the onus on yourself, for example, instead of saying, What did you do this morning? You could say I was thinking about this morning when we fill in the blank. And what’s so brilliant about this technique that Diana talks about is not only are you putting the onus or the stress of the situation on yourself and not on your loved one. But what you’re doing is you are triggering a memory, you are trying to give some information to go ahead and help them come up with the answer. And if they still don’t know it, that’s okay. But we’ve given them a graceful way to address that question by simply saying, Yeah. Or, okay, or that was fun. Or I enjoyed it too. Instead of having them feel as though they are forced to pull information from this area where we know they struggle. I just found that to be a very, very powerful message that Diana came up with. And again, here I am. I do this for a living, as well as having several family members who struggle with various types of dementia.

So consider the next time you talk to someone who is struggling with memory and think about the question before you ask it.

And back to the laughter.
Use it as a cue. It certainly doesn’t mean that they have memory problems. But if you do notice that your loved one is starting to laugh at times when it just seems a little out of place, let that put a question in your mind. Why are they doing that? Is it something that’s being done all the time? And does it seem to be in place of answering a direct question, and if that is so, then I would recommend that you do consider having a memory evaluation, or at the very least, a non-threatening conversation with your loved one about their memory.

Anyway, just something to think about.
You can go ahead, and you can get more information about different types of dementia, at my website, which is compassionateeducation.com. You can also find me on Instagram, my handle is compassionate_education, feel free to send me a direct message if you have any particular questions or topic you’d like me to address
I hope you decide to subscribe to my podcast.
I release new episodes every Tuesday.
Thanks for listening. Bye-bye